We're just about 3 weeks into life with our little one. Here's my version of the birth story, but read on to see what it was like for the Dad to go through it all... 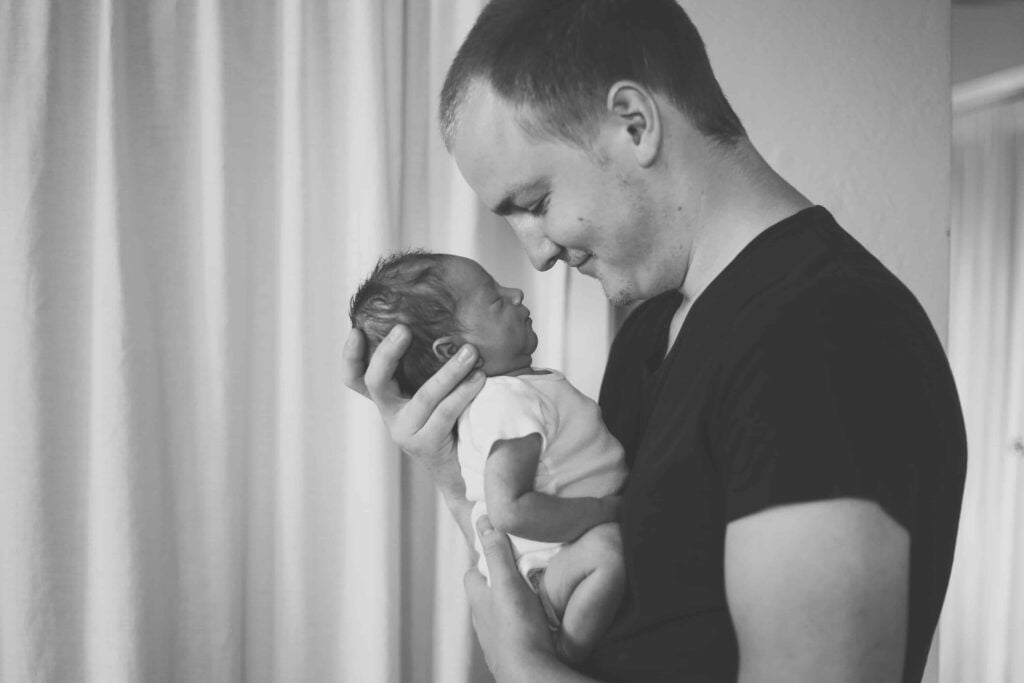 The birth of Will was the most incredible experience of my life. I have never been so impressed with someone as I was with Carolyn when she gave birth to Will! 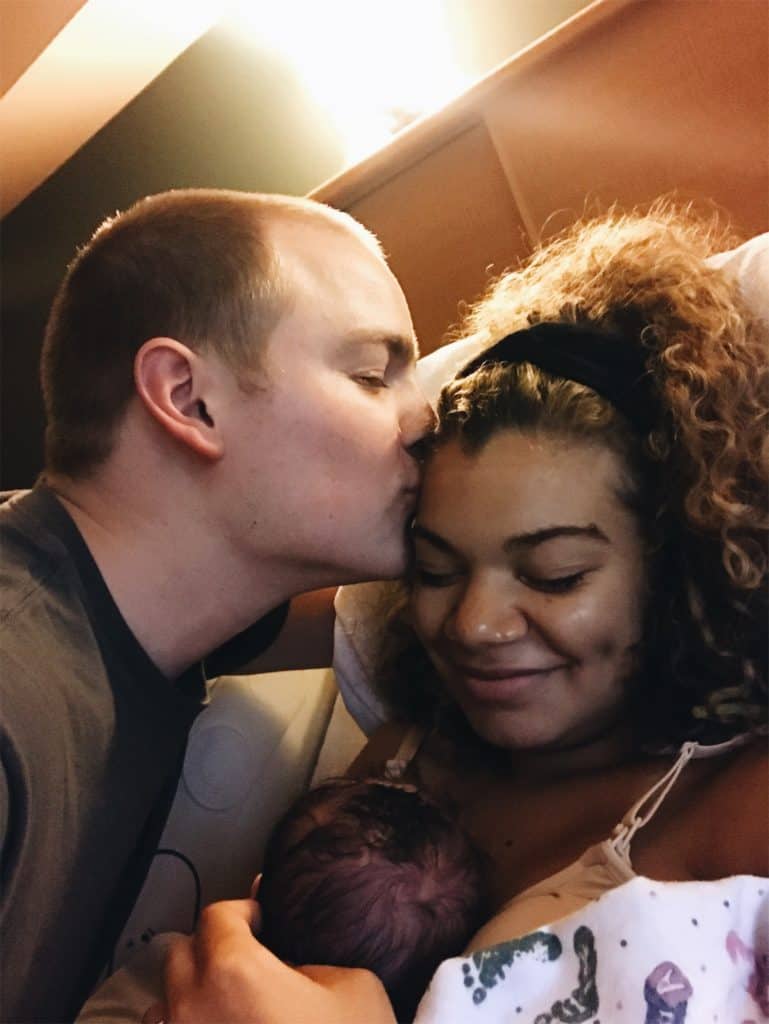 It started on Sunday the 13th. I spent the morning pampering Carolyn as we knew we were headed to the hospital that night. I tried to keep my mind off of the fact that Carolyn was getting induced as it kept making me nervous! Once I started getting all our hospital bags packed it really hit me that we were doing this. I got really nervous and was shaking a little (though I don’t know why - it’s not like I didn’t know it was coming). 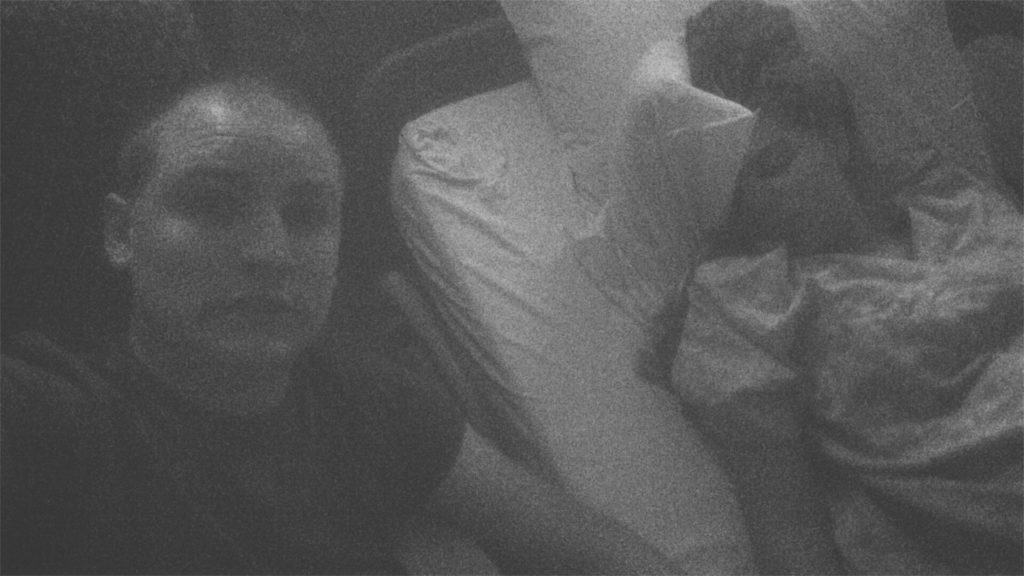 Once we got to the hospital our nerves really settled down. The nurses were so amazing! They got us settled in and we got ready for a long wait. That was such an exciting time! We could just talk about the fact that Will was going to be here soon and spend some time together 🙂

On Monday morning things started out pretty slowly. We woke up from sleeping (sort of sleeping I should say), and were able to take some time to get ready in the morning. I was so excited about the day finally being here that I forgot to change my clothes (and ended up staying in the same shorts the entire hospital stay). 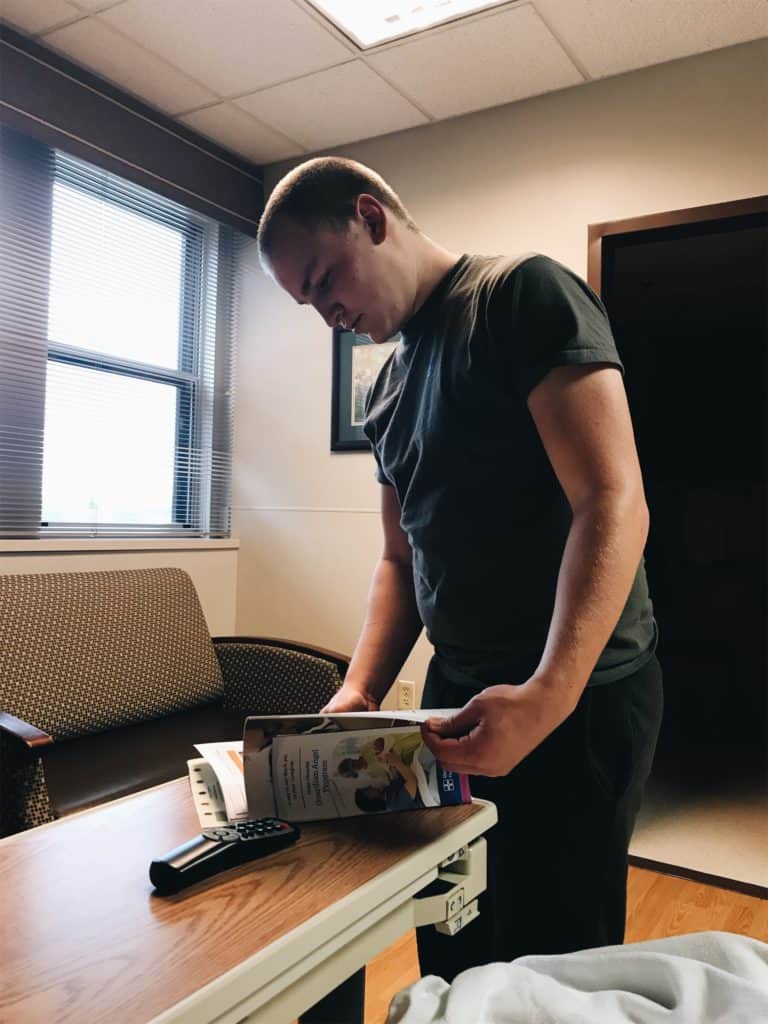 Once the nurse started the Pitocin I thought it would get very real very quick... but it didn’t. It started off pretty slowly. Just some contractions that Carolyn handled like a champ! It seemed like it was going to take forever for this baby to come out!

However, as soon as they broke her water things got crazy!! The contractions started coming super hard and strong! I was just watching Carolyn have to deal with these crazy intense contractions! It was honestly horrible! I could see her pain every time a contraction hit. I wish that I could have taken that pain from her, but honestly, I don’t think I would have handled it as well as her! I was so thankful that epidurals exist! It was so relieving to see the pain leave her face. 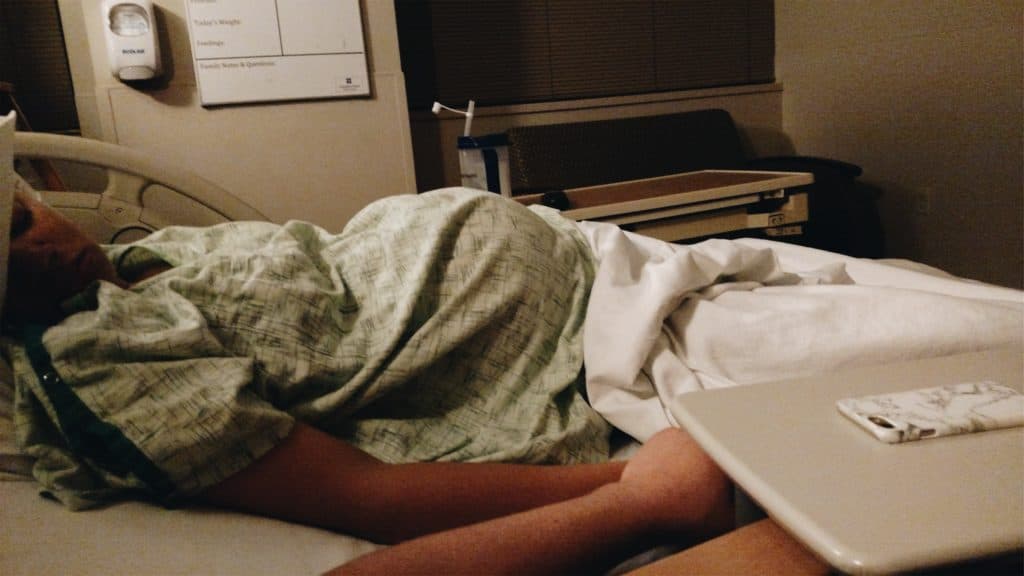 That moment of relief was short lived though. I found out (through experience) that an epidural can cause a woman's body to involuntarily shake. That was a very rough moment! I had just watched someone poke my wife in the back and now she is laying on the bed shaking. Somehow being told that was normal didn’t make me feel any better about the situation. This sounds silly, but the shaking was the worst part of this for me. Carolyn handled the pain so well that I couldn’t really feel that, but the shaking really freaked me out! 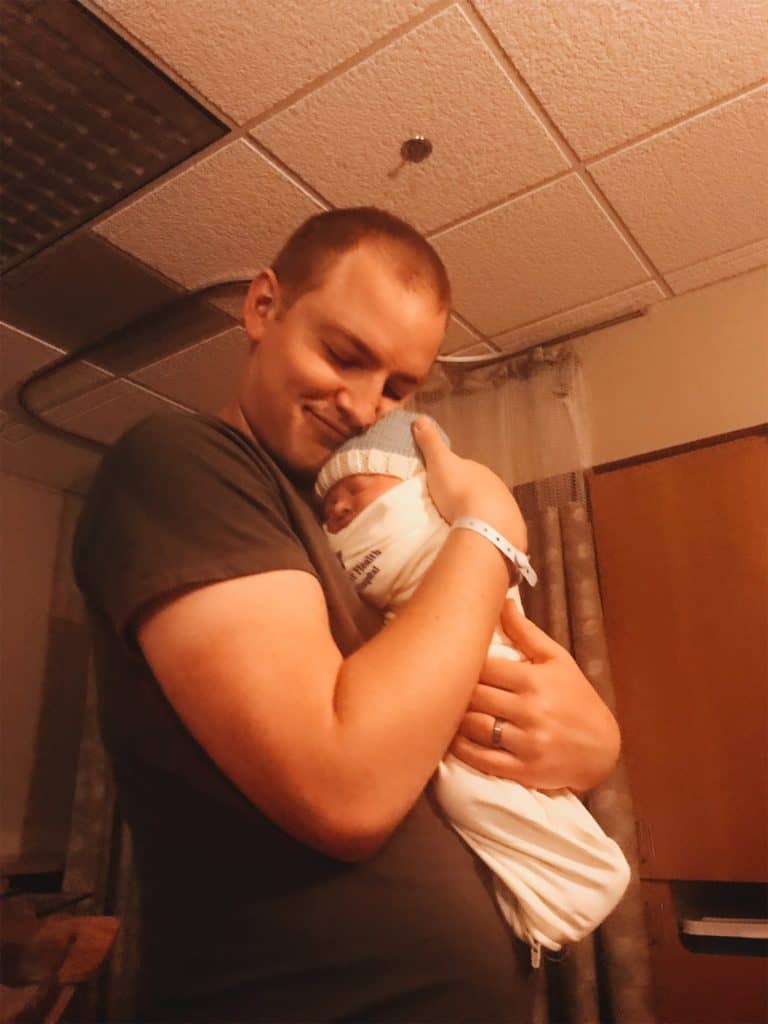 But when Carolyn got to the point of pushing all the concern kind of faded away. Watching her push Will out was the most incredible moment of my life! Our nurse was amazing and let me watch everything. If you are able to watch your own child be born I would highly recommend it!!

Though it was weird to see his head in the birth canal. It was completely white and it looked like a head of cauliflower coming out. That really threw me off but I assumed since the nurse could see it as well and didn't say anything that it was normal. I have to admit that I got a little worried once the head came out and the doctor started to pull his head to get the rest of the body out. I thought he was going to break his neck! But since it was the doctor doing it I assumed he knew what he was doing 😉

I was also able to hold Carolyn’s leg and help coach her through each push. Watching her strength and determination in pushing was such an amazing moment. I had never been able to see Carolyn go through the pain and struggle that is childbirth. I will never look at her the same and could have never done what she did. I will never get over that feeling of awe I have for her! 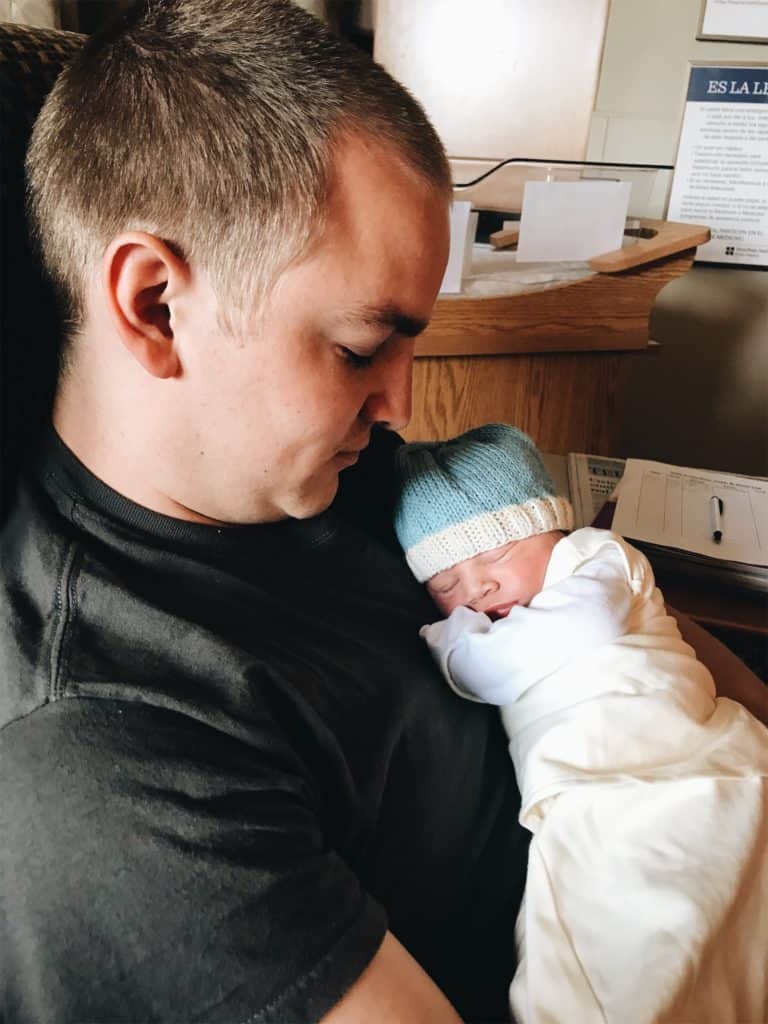 As soon as Will came out the emotions overwhelmed me. There were tears streaming down my face and I couldn’t speak. I felt so much love and admiration for Carolyn and William. Being able to see the face of my son for the first time was so amazing! Carolyn and I just stared at him and laughed and cried! I was so choked up that when the nurse asked the name I couldn’t even get his name out. Thankfully Carolyn came to my rescue and gave his name. I pitched in by choking out how to spell our last name, and still barely made it through that! 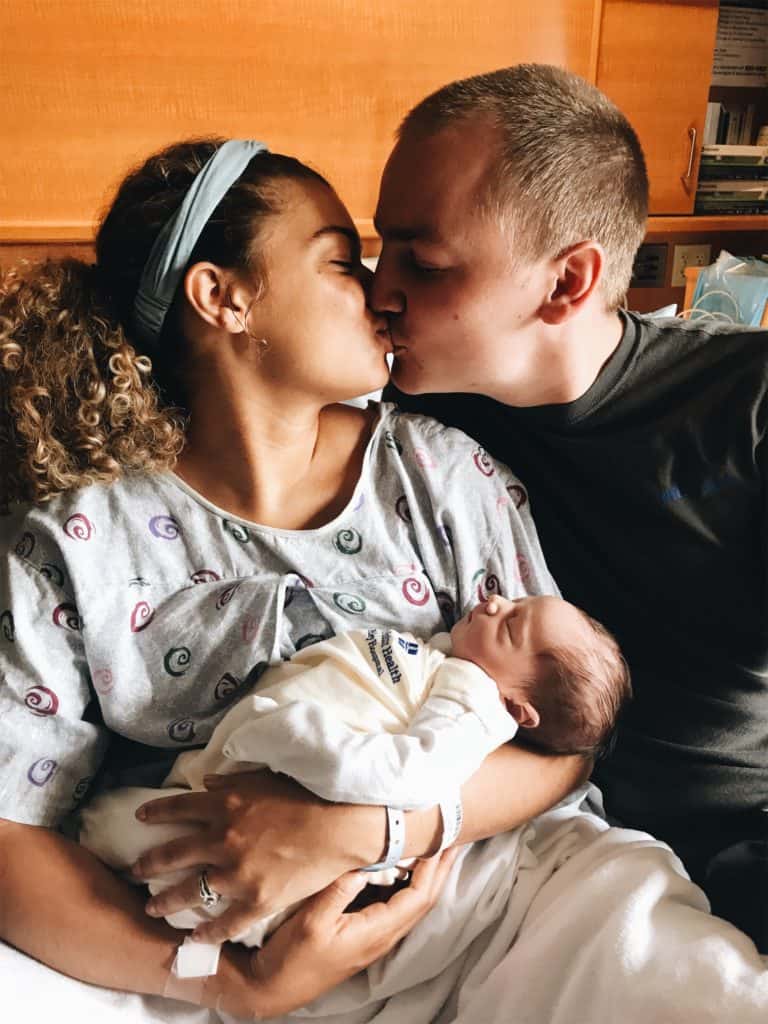 Even though he was born only 24 hours after going to the hospital and just 12 hours after starting Pitocin, the next couple days in the hospital were very much up and down. I loved spending time with Will and being able to talk to Carolyn about him. However, trying to figure out how to be a parent was pretty hard. Will had trouble meeting his blood sugar numbers so there were some difficult decisions about him. It was hard to try and feel like I was making all the right decisions about him. I am so thankful that we were able to come home and just figure our lives out as a family. It has been difficult, but I must say that I love Carolyn and William 🙂 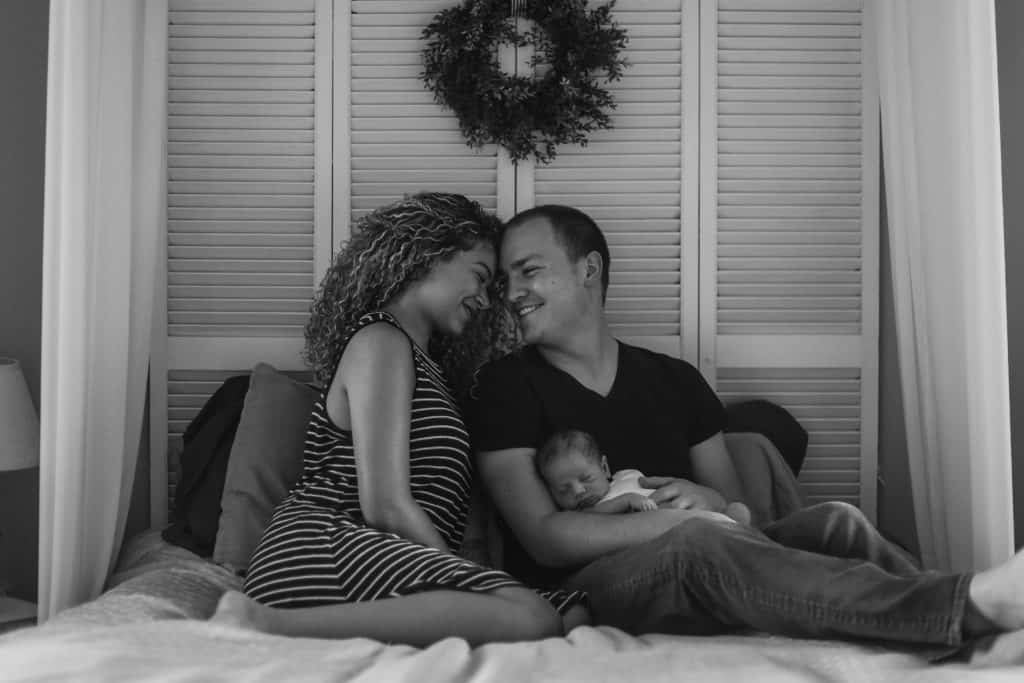 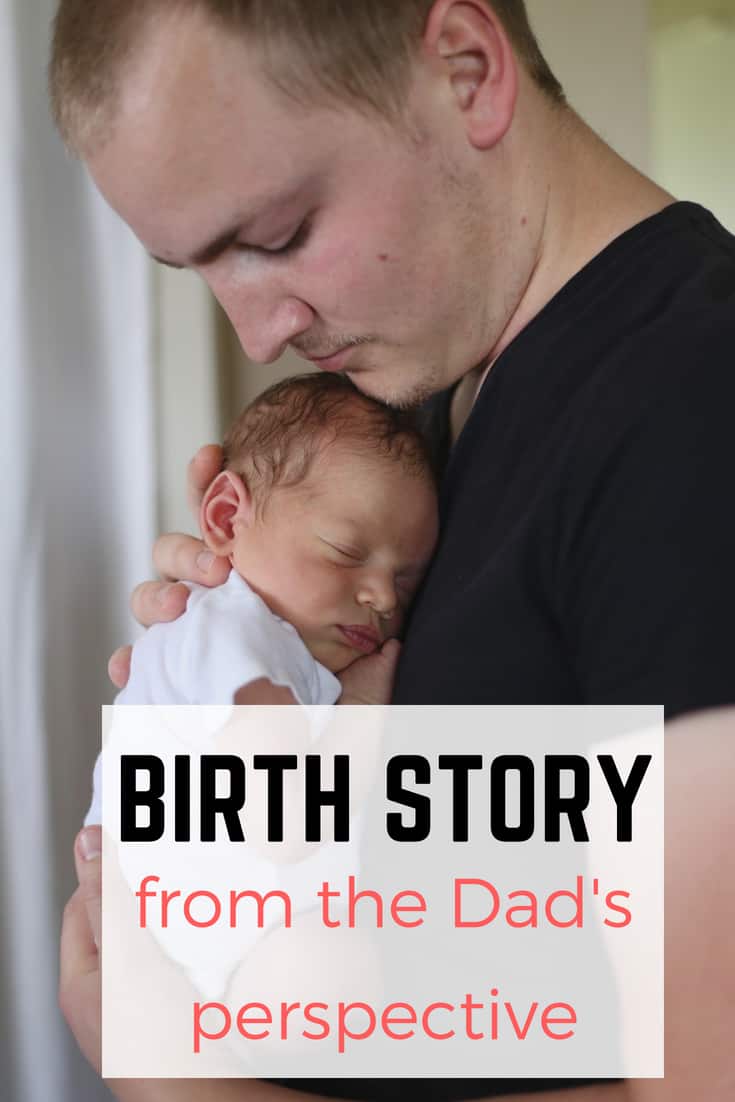 Welcome to My Chic Obsession! MCO is your online destination for chic and helpful inspiration for your wardrobe and life! Here you will find doable style tips, Parisian outfit inspiration, home decor ideas (& projects), and tips on living a luxurious life, no matter your budget.