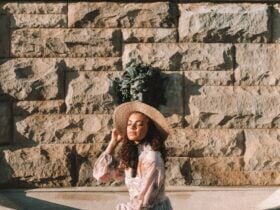 Sunset at the Biltmore

Hair loss is not one of the most exciting or alluring things to talk about, but it’s something that affects a lot of people. Whether it’s from a medical condition, postpartum hormones, or even as a result of getting COVID-19, hair loss can happen to all hair types, and it’s only natural if you want to restore what you once had. I’ve dealt with bald spots far too long, and now for the first time in years, I can see my hair growing back, all thanks to pure Jamaican black castor oil. Before you “add to cart”, let’s get into what this is and how it can help!

What is Castor Oil?

Castor oil is extracted from castor beans (also called seeds) from Ricinus Communis, which means castor bean or castor oil plant. Whether it’s being used for its anti-inflammatory properties or as a beauty treatment, it’s a multipurpose ingredient with several benefits.

It’s believed that Cleopatra used it in her beauty routine to whiten her eyes. (We also got the idea of milk baths from her, so Cleopatra was a beauty innovator.)

In Ancient Egypt, it was used for anything from fuel in lamps to a natural laxative. Though we may not really use it to light our lamps anymore, it’s still being used as a laxative. (Midwives’ brew, anyone?)

These days, it’s mostly used as a hair treatment or hot oil treatment for healthy hair growth and luscious locks. In fact, when I visited my Grandma in Barbados several years ago, I saw her putting this goopy stuff in her hair and I asked her what it was.

She told me, “Put castor oil in your hair. It will make it really soft.” My 15-year-old self didn’t follow her advice, and I’m regretting that now!

What Is the Difference Between Castor Oil and Jamaican Black Castor Oil?

Jamaican black castor oil is castor oil’s “cousin”. It too has fatty acids, natural oils, and can help stimulate the growth of hair follicles. The main difference is in the roasting process.

The beans of Jamaican castor oil are roasted at a higher temperature, resulting in a darker color and thicker substance. It’s been reported that Jamaican black castor oil opens up the hair shaft better than its traditional counterpart, resulting in better absorption. (Similar to how microdermabrasion and steaming your face allow your products to sink in better and become more effective.)

Related: 5 Benefits of Facial Steaming and How It Can Give You Glowing Skin

Jamaican black castor oil also has ash content, which allows the hair strand and cuticle to open up to absorb the hair oil even better.

I experienced postpartum hair loss after having my first child 4 years ago and my hair never really recovered. I thought it would just grow back and then when I had my second child, it got even worse! I realized it wasn’t growing back on its own and I was starting to feel self-conscious about the big bald spots near my forehead. (But can you blame me?)

I like to approach health and beauty issues first naturally if I can. So in addition to my healthy lifestyle and diet, I started taking supplements, specifically vitamin D. It turns out I was dangerously low in Vitamin D (I got my levels checked), and a lack of vitamin D can contribute to patchy hair loss.

After much research, I started taking this Vitamin D. And though months later I saw and felt a noticeable difference in my mood and certain skin conditions (I had these weird pesky brown spots on my legs that appeared out of nowhere and then disappeared after taking Vitamin D-no joke!), it made no noticeable difference to my bald spots.

When I knew that my diet, lifestyle, and vitamin levels were good (or about as good as they were going to get), I started to look for products to use. I felt doubtful that a product was going to help, but when you’re desperate, you’ll keep trying things!

I ordered CB Smoothe Wild Jamaican Black Castor Oil because it had promising reviews. Right after receiving it, I got into the habit of applying a small amount to where I wanted my hair to grow, massaging it for a few seconds to stimulate blood flow, and then trying to forget about it and not obsess over my hair growth (or lack thereof).

About 3 months later, my husband snapped a candid photo of me with my son, and when I looked at it, I was so surprised. I started to see some baby fine wavy hair growing in! FINALLY.

I mainly just applied a thin layer to those areas where I wanted hair growth, but I was pleasantly surprised to see that it helped minimize my itchy scalp and hair breakage too.

Pros of this product:

I’ve used up the whole bottle (even cut it open to get every last drop), and I’m about to order another one. It’s a powerful oil and is now one of my favorite hair growth products!

I still have a long way to go to get to where my hair used to be, but whether it’s your beauty routine or your hair care, for best results you have to be consistent and give it lots of time.

I wanted to share my discovery because I wanted to help others dealing with the same thing. Even if you don’t have bald spots on your head you want to grow back, people have used this type of castor oil for eyebrow hair growth too.

Speaking of hair…if you have damaged hair it’s going to be very hard to grow anything back. Get tips to help you in this next post: Is Your Hair Damaged? Here Are 5 Ways To Get It Back on Track and Healthy Again 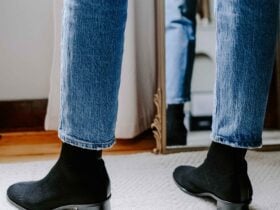 The Best Shoes To Wear With Jeans? Get Inspired by These 4 Sock Boot Outfits 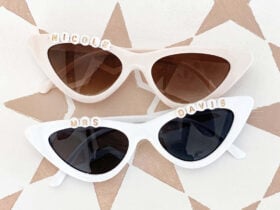 30 Personalized Gift Ideas for Her That Are Unique and Special 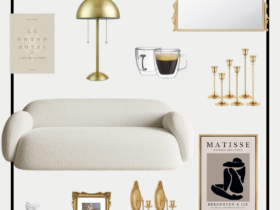 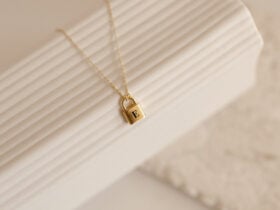 31 Cute Gift Ideas for Women From Small Businesses on Etsy 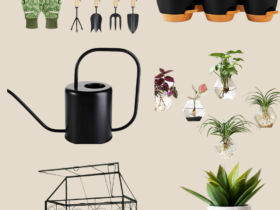 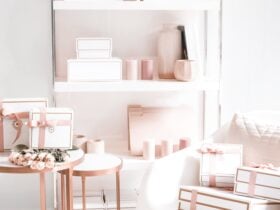 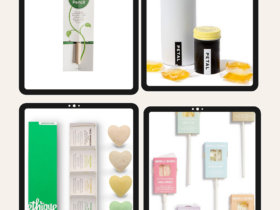 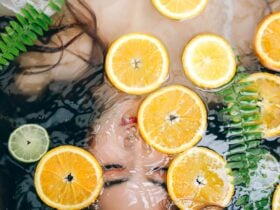 If You’re Looking for “Beauty Secrets”, Try These 6 No-Fail Home Remedies for Glowing Skin Instead