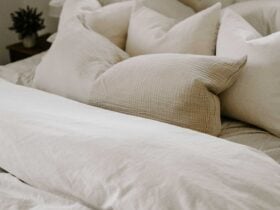 Would you believe me if I told you that I limewashed my brick ranch exterior for under $30? Well, now you would, but it’s not something you would think is possible at first, right?

I was the same way.

If you saw my exterior vision post then you would know that I was not crazy about my brick and I wanted to change it. But at the same time, I didn’t. So much work. So expensive. Blaaghh. I tried to photoshop different color combos using my original brick and “trick” myself into liking it. But, it just couldn’t be done. I’m so dramatic, I know…

I’m not someone that thinks every brick needs to be painted, by the way. Brick is beautiful, yet there are colors that are more beautiful than others. I personally would probably hesitate before painting historic brick, but a 60’s ranch with ugly brick? Sure thang!

Still though, it’s a big decision! But I told myself that if white brick is the dream, then I just gotta do it and I gotta do it now. Because I’d hate to hem and haw for 3 years deciding if I should change it or not and then change it, love it, and realize I wasted so much time worrying about it and I could have been loving my house this whole time!

Sidenote: sometimes I think you do need to wait for things you’re unsure about. But sometimes, you just know…

Once I decided to go forth with “painting” it, I was pretty set on using Romabio paints. I had discovered them when I was researching painting our 1st brick home (we never got around to it) and I liked that the paints were made for brick/stone and would actually help the brick, not hurt it.

Just as I was about to hit “checkout” (not really, but it sounds more dramatic), I came across a blog post of a woman that painted her house for $10 using limewash! (Can’t find that post now…)

Since I never really said what limewashing is, here goes!

What is limewash? Also called whitewashing, limewash is a mineral-based powder made from limestone that when mixed with water, becomes “paint”. It dates back to Roman times and originated from Europe. It’s legit…it’s the OG!

Why should you use limewash? It’s environmentally friendly…all natural with no hazardous chemicals! It gets better with time and if you’re going for the old-world European look, then it’s perfect. It’s bacteria resistant and unlike paint which can harm your brick, limewash actually protects it. Over time it will fade, but it won’t chip or peel because it doesn’t sit on top of the brick. Plus, it’s super affordable (if you make it yourself).

You can buy limewash (like going with Romabio) or you can make your own…that’s what we did and honestly, you can’t beat the price. You need hydrated lime and water. That’s it. Hydrated lime is about $9 a bag and it’s in the concrete section of your home improvement store. Not the garden center! We needed two bags for our 2700 square foot home. Oh, and we got a masonry brush for around $8.

You might not even need two bags though. I’ve read about people only using one! The powder stretches because it gets mixed with water and you can decide your consistency and how light/thick you want it to be. It all depends on how you want it to look! We used more because I did not like the orange and black brick and didn’t want it peeking through, but if you just want to tone down a bold color you could brush it on pretty lightly.

*take proper safety precautions and protect your eyes and hands*

We started off by doing a test spot in the back and unfortunately, that didn’t really help me decide if I liked it or not haha.

We added salt to the test mix (I read to do that somewhere) and it dried grainy and yellow, so we would not recommend doing that.

Since it was hard to tell if I liked it on the back of the house or not, we decided to be brave and test right next to the front door.

Once I saw that beautiful white near the front door, I was sold. The heavens opened up and angels were singing!

Sidenote: We did not blot the whole house. We tested different techniques and I suggest you do the same!

Once we knew we were all in, it was just a matter of waiting for the right weather. Not too hot, not too cold. Cloudy days are ideal (though we sometimes just went ahead anyway). The limewash dries pretty quickly on hot and sunny days and without clouds, it’s hard to see what you’ve already done. It goes on pretty light but dries more opaque. You can add pigments if you want. We didn’t, and it dries to a pure white.

Though I’m saying “I” a lot, it wasn’t an “I” process. It was definitely a “we” process. There’s an idea out there that women want to paint brick and men hate that idea haha. 😉 Titus was in the same boat as me. He wanted to change it but was nervous about what it would look like and if we’d get the right look we were going for. It was tricky I’ll admit. But worth it.

We did 2 coats on the front all by hand and I purposefully was not trying to fill every crack and cranny. I like that it’s not completely opaque and I like the chippy, worn look. The sides and back were/are a different story. We tried the sprayer to save time and it did (at first), but the consistency is just way different and we’re still going back and touching up here and there to get an “imperfect yet deliberate” uniform look. It honestly might have saved time to just do it all by hand…as daunting as that sounds! So I would not recommend a sprayer.

But I am very glad we did the front by hand to control the look on the most important part of the house!

Here are a couple other tips/tricks you should keep in mind:

Okay, okay, I’ll show you a before and after!

I didn’t edit these photos or even take them with my “good” lens just you could get a better idea of the brick on a cloudy day. Even then, it’s still looking a little blueish in photos without editing. But I hope it helps! The brick gives off a beautiful warmth when the sun hits it too! It’s almost magical. Is that too much to say about a house?

There really aren’t cons with limewashing, besides, it will start to fade in 5 years compared to the 10-20 you’d get with other products. And it can be hard to get the right look/consistency you want. Those are the two major things. But the fact that you won’t harm the brick and you don’t have to deal with peeling paint and the fact that it’s crazily affordable erases those cons in my opinion.

I so want to dig (gardening pun hehe) into everything we did but I’m really restraining myself and trying not to post a million photos for something that is not the reveal. (Like I did with my kitchen update ha ha.) I know that just talking about the limewash process would be its own post and plus, we’re working on shutters and doing a few more things, but I’m bursting at the seams to go out at sunset and take some beautifully detailed photos for you. Eeek! Stay tuned! 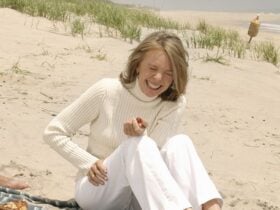 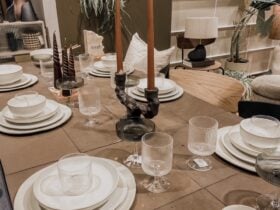 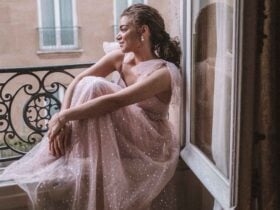 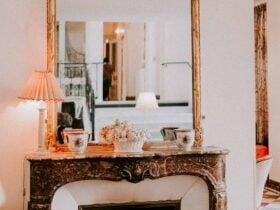 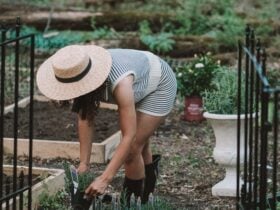